HudLets are committed to providing the best possible service for both our students, landlords and partners. When something goes wrong, we need to know about it. This will help us try to rectify any outstanding issues and improve the services HudLets provide.

We will handle your complaint confidentially, however the person or service area you are complaining about have the right to reply and will see a copy of your complaint. If a third party is named as part of any complaint, HudLets will notify them as to their inclusion.

Complaints cannot be anonymous but may be made by third parties at the discretion of the Chief Executive; however, this may limit the response given due to confidentiality.

You will not be discriminated against or suffer recriminations as the result of making a complaint. HudLets may consider invoking the disciplinary procedures if complaints are found to be vexatious or malicious. A vexatious or malicious complaint is defined as a complaint which is trivial or untrue, having been put forward to abuse the process of the complaints procedure including, for example, attempts to defame the name or character of another person.

If your complaint is in relation to a member of staff or an Officer employed by the Students’ Union, we may need to refer the complaint to be considered under the staff disciplinary procedure. If this is the case your complaint will be referred to Human Resources.

The complaint procedure has three steps:

We anticipate that most complaints will be resolved through informal discussion. The initial complaint should be brought to the attention of the HudLets Manager in person or via email a.wright@hud.ac.uk.

If your complaint has not been satisfactorily resolved informally or if the nature of the complaint is serious, you have the right to raise the matter as a formal complaint.

Formal complaints must be made in writing and addressed to the Head of Operations (matthew.short@hud.ac.uk), who will delegate to the appropriate staff member to investigate. We will acknowledge your complaint within 3 working days.

The complaint should be raised within 10 working days of the event or occurrence giving grounds for complaint unless there are exceptional circumstances.

A formal complaint should be made in writing and must include:

Investigations into the complaint will be conducted by the delegated staff member, or Director. Either may appoint a staff member in agreement with the Chief Executive to undertake work supporting the investigation.

Complaints will be aimed to be resolved within 15 working days of receipt of the written complaint. You will be notified of any undue delay in resolving the complaint.

If your complaint is upheld, confirmation of this and that appropriate action will be taken will be confirmed in writing.

If the complaint is about another student, then other processes and procedures may be used if they are found to be more suitable.

If you are not satisfied with the outcome of your complaint, then you may write to the Board of Directors:

A Director, with no previous involvement in your complaint will be appointed to review your complaint. They will consider all the evidence and decide whether the complaints procedure was followed correctly and whether the outcome reached at the formal stage was reasonable. You will receive an outcome within 15 working days.

Should the result of the Directors investigation not be satisfactory to the complainant you may write to the Property Ombudsman to request an independent review:

You will need to submit your complaint to The Property Ombudsman within 12 months of receiving our final viewpoint letter, including any evidence to support your case.

The Property Ombudsman requires that all complaints be addressed through this in-house complaint’s procedure, before being submitted for an independent review.

All my dealings with HudLets have been both helpful and supportive. Andy and Charlotte are extremely encouraging at all times. Many thanks for your continuing excellent service.

HudLets has always been an efficient and supportive agency in liaising between students and me as a landlord. Friendly and competent, they know their houses and tenants and try to ensure smooth tenancies for the benefit of all. Excellent.

The friendly and efficient staff at HudLets serve both the students and the landlord well. For the landlord they organise a fair rent and for the students they check that the property is both safe and suitable. This results in peace of mind for all concerned.

HudLets has taken the hassle of tenant find, vetting, drafting contracts and lodging bond payments from us so that we can concentrate on providing a good clean student friendly property for our tenants.

Into our second year with HudLets as letting agents, and we continue to be impressed with their service, in particular their experience and communication skills with university student tenants.

I would highly recommend HudLets to both students and landlords. The service provided is professional, efficient and extremely fair.

Latest From The Blog

You can find out more about which cookies we are using or switch them off in settings. 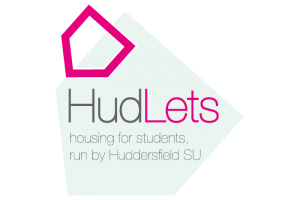 This website uses cookies so that we can provide you with the best user experience possible. Cookie information is stored in your browser and performs functions such as recognising you when you return to our website and helping our team to understand which sections of the website you find most interesting and useful.

A cookie is a small file of letters and numbers that is sent and stored on your computer and/or mobile device which provides us with information in relation to your website usage, and allows us to recognise that you have used our website before.

Cookies are safe and secure and are commonly used by websites.

Our offices are based in Student Central, Floor 5. Feel free to pop in for a chat or get in touch through one of the other methods below.